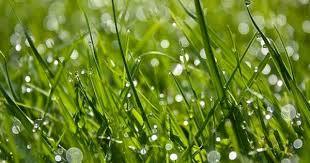 1.
In swallowing up a worthless drop, the sun is showing such enthusiasm, that my heart trembles to see it,
A drop and that too a drop that has paused on the tip of a thorn, has a very insecure hold on existence.
(I myself will attain oblivion. What need is there for the sun to take the trouble.)
(In this verse the trembling of the heart has been used as a simile for the glistening of the dew drop in the sun and basis for the likeness is trembling.)
(The heart of the drop trembles not just with shame and humility at the thought of the sun's taking trouble over it, but also with pain that the sun's dazzling heat inflicts.)
2.
In prison equipment appeared for the adornment of the beauty of Joseph,
The whiteness of Jacob's eyes is spreading over the doors and walls.
(This is a reference to the way by weeping at the thought of Joseph had made Jacob's eyes blind.)
(Where ever beauty goes, the radiance of that place increases. As Joseph was extremely handsome.)
(Joseph was so irresistibly handsome that even alone in the darkness he adorns his chamber of cell, and the blind white gaze of Jacob never ceases to wander after him, lovingly and admiringly.)
3.
I received instruction in oblivion at a time when,
Majnu was a schoolboy and drew the lines of individual letters on the schoolhouse walls as children do.
(When "Lam" and "Alif" are put together they make "LA" {Illah}, Sufis say that is oblivion.)
(At a time when Majnu even did not understand the meaning of "LA" means oblivion, I had already been honoured with the rank of "Oblivion in God")
4.
I would be free of the care of searching out and seeking prescription for salve, and acquiring them from skilled people,
But the pieces of the heart find so much pleasure in the sprinkling of salt that they quarrel among themselves about it.
(Worn down by this quarrel, I want to put ointment on them all, and deprived them of this pleasure.)
(Contentment and endurance, free mankind, from the troubles of searching and seeking.)
(Even if they stopped fighting, how free I would be from the bother of applying ointment.)
5.
In the clime of passion no record book is devoid of the airs and graces and coquetry of beloveds,
And the coquetry of beloveds has always had dominion over the lovers.
(True love is always unsuccessful and unachieving.)
(No lover has been born in the world whose beloved had not used coquetry and refusal and has not put the seal on the refusal with the back of the eye.)
(The beloved's black eyes resemble the black seal with its black ink. The seal is round, like an eyeball. The moment the seal has made a firm imprint on the page, it is carefully withdrawn all at once, in a single moment, to prevent smearing.)
(Just as the seal turns its back after its work is done, the beloved's eyes do the same.)
6.
Now, in your presence, seeing the red sunset cloud, I have remembered,
That in separation from you, fire rained down on the garden in just this way.
(When in separation from you, I happened to go for a stroll in the garden, then when mu glance happened to fall on a rose bud, it seemed as if fire was raining down.)
(Because of the affinity of the red colour, his giving for the rose the simile of fire, and his expressing the distastefulness of strolling in the garden in a state of separation.)
(All nature is disordered when the beloved has gone away. Now the lover and cloud are both burned out and fading like embers.)
7.
When a brisk wind blew the dust of the tomb of martyred of your coquetry has flown up and become scattered,
Even if Doomsday comes at the appointed time, how will it be able to raise up those martyred by your coquetry, where is there any dust of theirs left.
(Doomsday has already come a hundred times to the Heep of dust of those martyred by your coquetry, but the breeze has always prevented him to do the duty.)
9This verse of Ghalib has a special rank.)
(Although Doomsday restores everything to life and brings it back into its original body, Doomsday cannot obtain control of that order. Its situation before the lovers dust is below breeze.)
8.
Oh! Ghalib, why do you tangle with the advisor, if he scolded you, and treated you harshly, there is no cause of complaint,
After all you too get angry at your collar.
(Anger always carries people away.
(The advisor has done nothing new. Such things happen in the world.)
(Would not I feel comforted by tearing my collar.)
(What a fine verse he has composed.)
_________