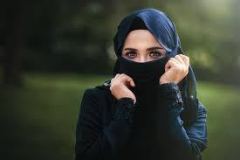 
1.
Because of the emergence of down,the beloveds admirers went their way,beauty and heart-deceivingness withdrew,
Perhaps the down on the beloved's cheeks was the smoke of an extinguished candle.
(The beloved's cheek is brilliant and rosy,and dazzles his lovers as if it were a candle-flame,until the first down appears on his cheek.)
(This verse has been composed not to belittle the male friend's beauty,but rather to humiliate petty lovers,those worship only outward beauty.Where the beard has began to grow,their ardor too has cooled.)
2.
Oh heart that does not think of the result of action,control your ardor for the sight,
Do not you remember what a state HAZRAT MUSA got into on MOUNT TUR,after only a tiny glimpse.
(Every body knows about HAZRAT MUSA(Moses) and MOUNT TUR.)
(Moses has rashly aspires to look upon the glory of beloved,LORD MOST HIGH,and is almost destroyed for his foolhardiness.After all he succeeded.)
(Perhaps the lover might even madly dream of doing so too.)
3.
I have become absorbed in amazement and forgotten my house and without me that house has become desolate,
I saw the spectacle of beloved's gait,its effect was that I become self-less and intoxicated like a foot print and fell to the ground and lay there,and in a little while I will surely be erased.
(Like the foot print I am too amazed by seeing the beloved's gait.The beloved has gone on but I lie in the street in amazement like the foot print.Just as amazement destroyed me so it has desolated my house as well.)
(House can also mean the house of body.)
(Foot print is call amazed because it never blinks its eye.)
(The foot print is outside,homeless,an empty hollow in the ground,it has no further need of houses.)
4.
Previously I was sick due to friend,now I have been slain due to the enemy,
Absorbed in the beloved,I had been sick for sometime with the suffering of passion,now the injustice of the envy of the enemy gradually slew me.
(The injustice of the jealousy of the other took my life.)
(Even while I was sick with love of her,she seemed to have eyes only for the other.How could my experience of this extra injustice,my desperate and futile envy of my rival,not be the last straw,the shock that finally ended my wretched life.)
5.
Although in passion I am weeping tears of blood,it is only because that cruel one's heart is joyous when she sees me weeping tears of blood,
My blood filled eyes have become the brimming wine-glass of the beloved.
(Just as one who has drunk wine feels happy,in the same way that cruel one's heart sees me weeping tears of blood and is happy,and at her happiness I too is happy.)
(Perhaps we two sharing our joy.I proffer my blood-filled eye ball,she raises her glass full of red wine.)
6.
The rival seeing me restless and anxious in separation from the beloved,
Informally and in the guise of sympathetic friendship comes to inquire about me in all the situations of love,in order to burn me in the fire of envy.
(In this verse,how excellently GHALIB has drawn a situation of the enemy's hypocrisy,and he has also emphasized the way the enemy's expression of affection not only is based on boastfulness,but is also extremely heart-lacerating,or rather is kindling the fire of envy.)
7.
To burn me more in envy the rival is hypocritically pretending to comfort me,
That he has the reach up to her,and can instrument the union.
(Actually the rival is twisting the knife in the wound.)
(The cruel,fickle beloved is tormenting the lover and the rival alike with her absence and disdain.)
(Perhaps the rival is almost as miserable as the lover himself and has in truth come over to express a kind of fellow-feeling based on mutual suffering.)
8.
Why do you complain to me of weakness of the mind,
The perfume of the beloved's curl is a cure of weakness of the mind.
(Perfume is considered to be a cure for weakness of the mind.)
(The rival might,of course,be faking it,he might be as thoroughly deprived of the beloved's company as is the lover.)
9.
Considering that the cure for my silently weeping is the mischievousness of the beloved's conversation,
He began to praise the beloved in such terms.
(Probably the rival is once again being malicious,but it is also possible tat he is trying to cheer up the weeping lover.)
10.
Complaint should be made of the rival;s cruelty-mixed kindness,
Or gratitude should be expressed for the beloved's tyranny.
(A complaint is to be made about the rival's behavior,but to whom.)
(Above all the relish of the pleasure of pain,the delight in the torments of pain,that is the heart of ghazal world.)
11.
Oh GHALIB,I liked this ghazal of mine very much,
Because in its refrain is the word beloved or friend comes in time after time.
(This is a lovely,simple,witty wrap-up to the ghazal.)
____