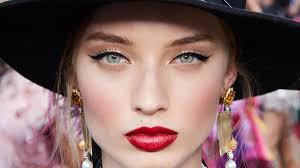 
1.
Because of my oath I had not asked for wine from the bartender,
Still what happened with the bartender,That she did not force me to drink.
(The very task of the bartender to overcome people's renunciations and forcibly cause any refuser to drink.)
(What a disgrace,and how completely unacceptable.Not only was I not myself last night,but the bartender was not herself either.)

2.
Now the conscious and courage both are prey to the beloved's arrows of coquetry,
Those days are gone when conscious(Heart) and courage(Liver) were at its place.
(In which the lover gets annoyed with his heart precisely for its lack of stamina,and thinks fondly of his liver.He recognizes that both of them are done for,and his blood-weeping days are over.)
(Liver is the organ that makes fresh blood,thus it is an emblem of fortitude.On the other hand,the heart always consuming blood,pumping blood to the eyes so the lover can weep tears of blood.)

3.
It is a situation of oppression and I am enveloped in difficulties,oh "Ghalib",
Now if the fingernail of contrivance would be knot-opening,then that would be another matter.
(It is apparent that formerly,the nails had the strength for opening knots.)
(As long as a person does not suffer,he prides himself on his contrivance.)