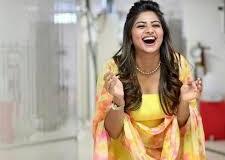 
(221)
A new miracle doctor comes to town, who people say could cure anything. Pappu, the local doubting Thomas, decides to prove the doctor a fraud. He goes to the doctor and says, "Hey doc, I have lost my sense of taste."
The doctor thinks a while, scratches his head and tells Pappu, "What you need is jar number 43."
He then brings out a jar and tells Pappu to taste its contents. Pappu does, and immediately spits it out. "Yuck, gross!" he yells.
"I have just restored your sense of taste," says the doctor. Pappu is furious.
A month later, Pappu goes back to the doctor. "Doctor," he says, "I cannot remember anything!"
The doctor starts thinking again, and Pappu is thrilled. Aha! Got him. The doctor mumbles to Pappu, "What you need is jar number 43...."
Even before he finishes his sentence, Pappu had fled the clinic.

222.
Do one thing every day that scares you.

223.
We live in an era where pizzas show up faster than the police.

225.
Every man is surrounded by a neighbourhood of voluntary spies.

226.
Beauty provokes harassment, the law says, but it looks through men's eyes when deciding what provokes it.

227.
In order to become the master, the politician poses as the servant.

228.
Bureaucracy is a giant mechanism operated by pygmies.

229.
I either want less corruption, or more chance to participate in it.

230.
And God said, "Let there be light" and there was light, but the Electricity Board said He would have to wait until Thursday to be connected.