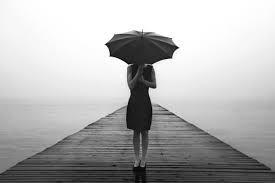 When loneliness provides flavour, that is foreign land's influence,

When dreams are not colourful, that is separation's influence.

Life as it is passing by days but there is no visible destination,

Once you have shown the show that is negligence's influence.

Praised the head so many times, but still not content,

The sublime energy it possesses, that is mountain's influence.

I have concealed the photograph and face behind a curtain,

As scared I am always, it is your accusation's influence.

Even the other world is unaware of my grave situations,

Often the imagination of craze, that is respite's influence.

My heart is tossed always in the assembly by you,

Your eye lashes are moist, that is trouble's influence.

Until span of my life, I was emotional of my drink with restraint,

Now that I am a drunkard, it is the company's influence.

disobedient strand of hairs, have scorched whole of my life,

Now I am on the path of abstinence, it is tomb's influence.